On Friday night, the NBA released the upcoming schedule for all 22 teams making the trip to Orlando to finish the 2019-20 season. The Oklahoma City Thunder have a reasonable path forward, coming in tied with the Milwaukee Bucks and Utah Jazz for the 11th-toughest remaining schedule, per Jacob Goldstein of WinsAdded.com.

All Thunder games will be broadcast on Fox Sports Oklahoma, with two more being nationally-televised on ESPN (likely a third TBA). Let’s look at the opponents and predict the Thunder’s record at the end of the seeding games.

Aug. 1 vs Utah (2:30 PM / ESPN): To much delight, the Thunder open bubble season against the Jazz. Coming back from the 3+ month hiatus that was kicked off in a strange night against the same team, the Thunder won’t let Utah win this game. OKC starts 1-0 in what could be the game with the most at stake in the final seeding. [1-1 vs UTAH this season]

Aug. 3 vs Denver (3 PM / FSOK): With Nikola Jokic losing so much weight during quarantine, then getting the coronavirus, could things be a little shaky for the Nuggets? Thunder bully them to start 2-0.

Aug. 5 vs Lakers (3 PM / ESPN): The first loss of bubble season comes against the Lakers. In other words, the LeBron and AD show keeps rolling. It’s fine.

Aug. 7 vs Memphis (3 PM / FSOK): The Thunder bounce back against the Grizzlies to reach the halfway mark at 3-1.

AUG. 9 VS Washington (12: 30 PM / FSOK): The Thunder keep it rolling and beat the Wizards. With no John Wall or Davis Bertans, this game could be over by the middle of the 4th quarter (assuming Bradley Beal is just human).

AUG. 10 VS Phoenix (2: 30 PM / FSOK): Second night of a back-to-back but it doesn’t matter. The Suns are quite possibly going to Orlando just to evaluate their roster. OKC rumbles to a 5-1 start at Disney World.

AUG. 12 VS Miami (8 PM / FSOK): Miami overwhelms OKC in the seventh game, replicating their dominance on the glass (45-35) from the first time these teams met this season. 5-2 is still good.

AUG. 14 VS Clippers (TBD / TBD): The Clippers force OKC into too many tough shots in the bubble season finale. A few people send mean tweets to Paul George because it makes them feel better.

Although I don’t think OKC finishes bubble season on a high note, a 5-3 record might just be good enough to keep them in the 5-seed. Maybe they’ll make a charge at the 4-seed. Under the circumstances, anything can happen.

What do you think? Let me know on Twitter how you feel about these predictions! 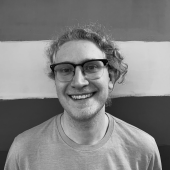