When the Oklahoma City Thunder return to play in Orlando, they’ll do so wearing a lot more sunset orange, and a lot less Thunder blue.

Oklahoma City has worn the Icon uniforms the most of any uniform this season, with the Thunder Blue showing up in 30 of the 64 games so far. However, at 16-14 the Thunder have the worst record in those uniforms, compared to 10-8 in the Association edition, 3-1 in the City edition, and an impressive 10-2 in the Statement edition.

By leaning on their best-performing uniforms, it appears the Thunder are hoping to add a little more magic in Walt Disney World.

Here’s a look at how OKC performed in each uniform option prior to the season being shut down: 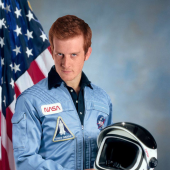