It’s been more than 900 days since Andre Roberson blew out his knee against the Pistons on January 27, 2018. Since then, the Thunder have dismantled the team he left behind and built a shiny new one in its place. As the team gears up for their eight bubble games and playoffs, it’s becoming clear that Dre is finally ready to make his return to the floor.

Nobody knows what kind of shape Roberson will return in, as ruptured patellar tendons aren’t common in the NBA. The few players that have gone through the same thing, like Caron Butler and Jeremy Lin, returned with varying degrees of success. However, none of them have had to deal with the bizarre situation Dre and the rest of the league are in right now. The long break in the regular season could be a nice way to help ramp up to regular activity, or it could be a massive hill to climb in such a short amount of time.

The way I see it, there are three different scenarios for how Dre’s hypothetical return plays out. Let’s take a look at how it might look — ranging from nightmare to best-case scenarios.

As I said, you don’t see this injury in the NBA too often — but like torn ACLs and other devastating knee injuries, history tells us players usually take a year or so to get back to a version of their previous selves.

So, in the doomsday scenario, Roberson returns from a 2.5-year rehab with just three short weeks of “training camp” before being tossed into high-stakes games before he’s truly ready. He struggles to recreate his past defensive ability and his infamous offensive struggles continue. Billy Donavan is forced to resign him to the bench, using him as a backup for Terrence Ferguson and Lu Dort.

The Return to Normal

Roberson comes back and gets right back to his old ways. He’s a menace on defense but still has the glaring holes on offense. It’s impossible to forget his 14.3% free-throw shooting while the Rockets hacked away at him in the first round of the playoffs in 2017. Let’s pray the two years of rehab have helped him become a respectable free throw shooter and we don’t have to go through that again.

If his defense is near the level it was before the injury, Roberson will be a valuable role player that can lock down an opponent’s best scorers. While he won’t be an offensive threat that warrants real coverage outside of 15 feet, new players like Chris Paul, SGA, and Gallinari can be used as floor spacers to help minimize Dre’s negative impact on the offensive end.

A small ball lineup of Paul, Schroder, SGA, Roberson, and Gallinari matches up particularly well against the Rockets — who traded away starting center Clint Capella earlier in the season. With Dre guarding Harden and Chris Paul on Russell Westbrook, the Thunder have two of the league’s best defenders to put the clamps on two of its best scorers.

Surrounding Dre with proven shooters makes him available to screen, cut, and do what he does best on offense — make layups.

After having two years to work on his game, Dre returns to the floor with a consistent free-throw and reliable three-point shot in his offensive repertoire. Add that to his lockdown defense and Roberson quickly becomes an integral part of the starting lineup, helping space the floor while shooting at a respectable clip and neutralizing opponent’s primary scorers and wreaking havoc on their offensive game plans.

After spending the first part of the season rehabbing, his routine wasn’t totally upended like the rest of the league’s was. Easing into games will feel more natural to Roberson than the players who had to stop their season for a four-month break with no team workouts. This advantage helps him shake off the dust in the earlier games right along with everyone else, making it seem like he never left.

I know the odds here are slim. But if Roberson comes back as a reliable offensive threat, rather than a dangerous liability, he could be the difference between a first-round exit and a playoff run deeper than anyone would have expects. Now we just have to wait and see. 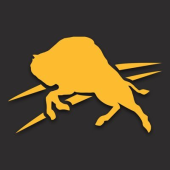