The Thunder’s Opening Roster and Where It Goes From Here

With Frank Jackson getting cut late Tuesday night, the Thunder have solidified their roster at 15 members and 2 two-way players. About a month ago, I wrote an article predicting how the roster could look heading into our first game

Unfortunately, I was very much off. I still had trade fever and believed Presti could continue to deal players like George Hill and Trevor Ariza. Also, I felt confident in the Thunder keeping Frank Jackson, due to past rumors of him being “promised” in the 2017 NBA Draft (although OKC picked Terrance Ferguson).

I know many fans are upset about not keeping Jackson, but he was going to be the 15th man on this roster. He also was the only player with a partially guaranteed (250k) deal on the roster. If you are a fan who is big on developing Theo Maledon and/or Ty Jerome, then Jackson would have only hindered that by taking minutes.

WHO STARTS?
All three of the Thunder’s preseason games have yielded different starting lineups, leaving fans in question of who will start next to SGA, Dort, Baze, and Horford. In the second game, Thunder fans saw Justin Jackson start, but were not wowed by his defensive performance. George Hill was rested this game. In the third game, George Hill started, and due to his leadership qualities he has adopted thus far, he would be my pick to start on December 23rd against the Houston Rockets.

INCREASED SHOOTING = EVEN BETTER SGA
To allow SGA to develop as a point guard, he needs to have shooting around him to clear the lane and grow his assist numbers. Horford, a center with a three point shot, will give floor spacing Thunder fans have never seen before. The past Thunder centers of Perkins and Adams were rim defending paint hogs, that brought a different skill set than the more flexible Horford.

(Okay, okay, let’s not forget the most venerable Nenad Krstic, who was always willing to take the first shot with an infamous mid range jumper; A lot of Thunder fans at the game remember having to stand for a bit longer when Nenad got the first shot.)

Horford has shot over 35% from three the past four seasons, including a 43% season in 2017-2018. George Hill also was the best three point shooter in the league last year at 46%. Let’s not forget Bazley’s developing shot and how willing of a shooter Dort is as well. SGA should have plenty of drive and kick opportunities to raise his asset numbers that were 3.3 per game the past two seasons.

THE FUTURE
I strongly doubt that our current roster will be the same one we see when the season ends. Here’s who I believe are the two likely centerpieces in Presti’s next deal.

Of OKC’s final 15, I still believe George Hill will be the most likely to depart in a trade.

I have seen many proposals of sending Hill to the Clippers, but why would the Thunder want to help the Clippers? As we know, Oklahoma City controls nearly every future Clippers pick. Taking back a highly protected first or a second round pick is not worth potentially helping a team that has been in disarray after last year’s second round exit.

What teams do I see that could use Hill? I still believe the Sixers are a great trade partner here, but a lot of that depends on if they acquire James Harden.

I also really see a team like the Mavericks needing Hill. Losing Seth Curry for Josh Richardson will definitely help the Mavericks’ defense, but spacing could definitely take a hit. Luka did so well because he had so many shooters around him, and depending on Tyrell Terry, the rookie out of Stanford, to fill that role is a lot to put on a 2nd round pick. George Hill could be a backup ball handler and a great off ball shooter for the Mavericks.

I also have heard many Thunder fans trying to find a destination for Horford, however Presti should not be pressed to trade him immediately.

Above I mentioned how helpful he will be for SGA’s development, but is that where he brings the most value to OKC? Horford can be the next project (think a lesser version of the project of Chris Paul) for a Thunder team with plenty of opportunity to accumulate stats.

Last season, Horford averaged 11.9 PPG and 6.8 RPG at power forward next to Joel Embiid. In Oklahoma City, Horford will return to his natural position at center. In the Thunder’s final preseason game, Horford dropped 17 points and 8 rebounds in just 20 minutes. If he can average these numbers per game, this might have teams to see Horford in a better light.

Sure, many teams view Horford’s contract as a negative, but if he can consistently average these numbers and shoot over 35% from 3, he should become a commodity. After this season, he would only have one season left at $27 million then the following year with a partial guarantee of $14.5 million. A team looking to make a push who did not score in free agency could look to take on a solid veteran.

What will happen with Trevor Ariza? Many experts have described this as an “Iguodala” situation in Memphis, but Ariza would not yield the assets Iguodala acquired. Look for the Thunder to try and get a 2nd rounder for him. If that doesn’t work, they might choose to buy him out near the buyout deadline of April 9th for players to still be playoff eligible. Presti will not buyout somebody unless it’s a last case scenario (i.e Carmelo Anthony), but it could save some money on the Thunder’s books.

There are other role players on the team could be moved, but since most of them are expiring deals with not too much value, I expect guys like Darius Miller, Justin Jackson, and Kenrich Williams to stay on the Thunder.

All in all, I truly believe this will be a fun season. I implore Thunder fans to not look at the score for enjoyment, but at the development of the young players. 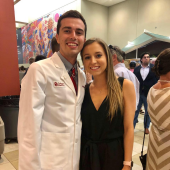