That’s Our Guy: Chris Paul’s Impact On and Off the Court

During the most important NBA season in history, one of the most influential players in the league is one of our guys. It’s only fitting.

We all had a front row seat when it all went down on March 11. The sports world got turned upside down in our building. What was postponed became suspended, which then became canceled. How many other aspects of our lives have gone through that predictable pattern since?

When the Thunder return to the court next weekend to finally play that game against the Jazz, they’ll do so in a different gym and in a different world. There’s no way to comprehend March to now. A global pandemic. 145,000 deaths. A civil rights movement. It feels like we’re living in a Ken Burns documentary.

Which is why we need this basketball season. Not just because it will be entertaining, which it will be. You don’t quarantine a few hundred basketball players at Disney World and not get future 30-for-30 material. But the season is important because of the hope it provides. Hope that someday soon things will return to normal. Hope that when they do, the world will be a better place.

Like it or not, today’s players refuse to “shut up and dribble.” And we’re better for it. If we really do find ourselves in the middle of a cultural revolution, one similar to the one our parents and grandparents lived through in the 1960s, then of course those with platforms should speak out. The older generations had their musicians — watch footage of Woodstock on YouTube. That wasn’t entertainment, it was political. (and for real, Crosby, Stills, and Nash can’t be called “entertainment” anyway)

But our music doesn’t do that. It’s either too fragmented or too sugary. And are you really going to let Adam Levine tell you how to vote? So in our current climate, athletes have stepped in to become the entertainers of change.

And at the center of it? Chris Paul. Don’t forget, he was our first basketball ambassador way back when a team called the Hornets played in a building called the Ford Center. Long before Russ or Steven were household names, we had CP3.

When everyone knew the All-Star game had lost some of its shine, who stepped in with the suggestion that made it must-see-TV? Chris Paul. The guy who makes things happen. The guy who changes the game. Paul has served as President of the NBA Players Association since 2013 when he (fun fact) took over the role from then Thunder player, Derek Fisher.

If you’ve followed along this summer, Paul has been vocal about the need for social change in the wake of the deaths of George Floyd and Breonna Taylor. This week, Paul joined forces with Dwayne Wade and Carmelo Anthony to back up their words with action by forming the Social Change Fund.

Paul said in a statement, “Our mission is to address social and economic justice issues facing Black communities and break down the discriminatory barriers to success. The Social Change Fund will help advance racial equality and opportunity. We will unite with other individuals who share our vision and commitment to use our collective voices and resources to advocate for change and foster a more equitable future.”

It’s only fitting –we’ve had as many influencers on our squad as my dad has plastic Hideaway Pizza cups. You just open the pantry and they fall out. Making a difference and playing for the Thunder go hand-in-hand. Case in point — Kevin Durant. (Hang with me. I know how that story ends.)

Late May 2013, we expected the (still) young Thunder team to be making another run at the Finals. But two things happened that spring: Patrick Beverley and the Moore tornado. So instead watching them grind out a back and forth series with the Spurs, we watched news footage of Durant and others walking through rubble. Durant made a $1M donation toward the relief efforts and cemented himself as a leader in the state.

Durant wasn’t the only player who made the trip south on I-35. But what that unfulfilling postseason did was forever change the culture and expectations of what the Thunder means to the community. The impact that was made by that team that spring, in some way helped life return to normal again. Sometimes a walk through debris can do more healing than a victory parade.

And so here we are again. In the aftermath of a different type of storm. When our current hero leads a roster we didn’t know much about 365 days ago onto a court in the middle of a bubble, he’ll do so while striving to make our world a better place.

That’s our guy. It’s only fitting. 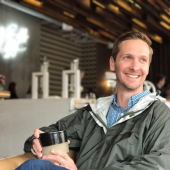