It’s hard to argue against Bazley as the Thunder’s breakout player in the bubble and the rookie might just be the secret to Oklahoma City getting out of the first round.

Bazley came into the bubble averaging 5.7 PPG, 4.7 REB, and .69 AST in his rookie season on 21.7 minutes per game. His shooting splits were a pedestrian 38.2% / 30% / 68.1% and while there was pre-existing hope for the future of the former New Balance intern, the lanky lefty Bazley has started to ascend in the bubble.

Since the start of the seeding games, Bazley has seen an increase across the board statistically, albeit a small sample size. In Orlando, Bazley is averaging 13.6 PPG, 6 REB, and 1.57 AST in 27 MPG on efficient 45.3% / 47.2%/ 83.3% shooting. He has scored in a variety of ways from running the floor in transition, to shooting off of the catch, to creating his own shot off of the dribble (including a pretty nifty step back that resembles another former Oklahoma City lefty).

Of Bazley’s 189 total minutes in the seeding games, 58 have come without Adams, Noel, or Muscala on the floor. These are minutes he may need to replicate in the first round of the playoffs against the Houston Rockets and their revolutionary small ball lineups.

Houston’s starting lineup features nobody taller than Bazley and has at times this season forced teams to play without someone in the traditional Center role. If Oklahoma City is forced to play without Adams or Noel due to Houston’s spacing, Bazley is the perfect fit to slide in and fill those minutes. Thunder fans can feel confident in Bazley defensively against the Rockets’ versatile attack and if his hot shooting continues, Bazley can provide a different look than the Thunder have shown this year offensively.

There are plenty of storylines that will be focused around Russell Westbrook, Chris Paul, and James Harden — and rightfully so. But the key to unlocking the second round (for the first time since 2016) might just just be Bazley and how he steps up on the big stage. 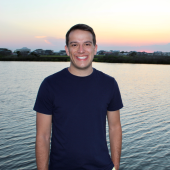